Wine Regions of the World – Italy 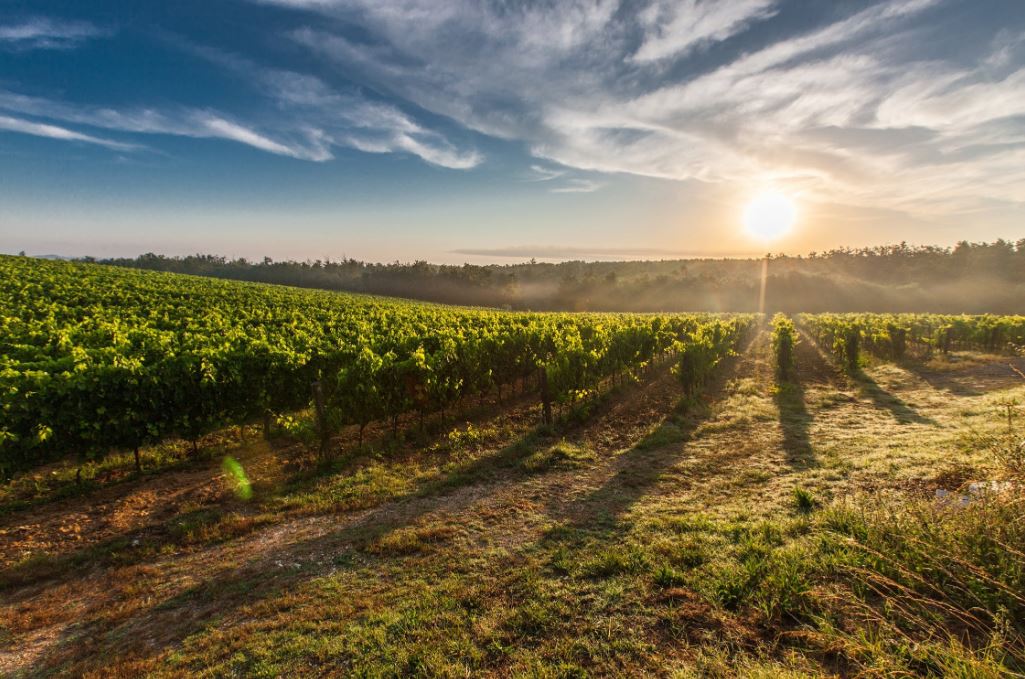 In the first chapter of my new blog series, I invite you to join me on a tour of the top producing wine regions of the world, starting with Italy.
I wish to thank Wikipedia for this world map showing the main wine regions of the world. It’s circa 2009 and the first thing I’ll point out is the exclusion of Canada. However it does provide a good overview of how widespread wine producing is in our world. 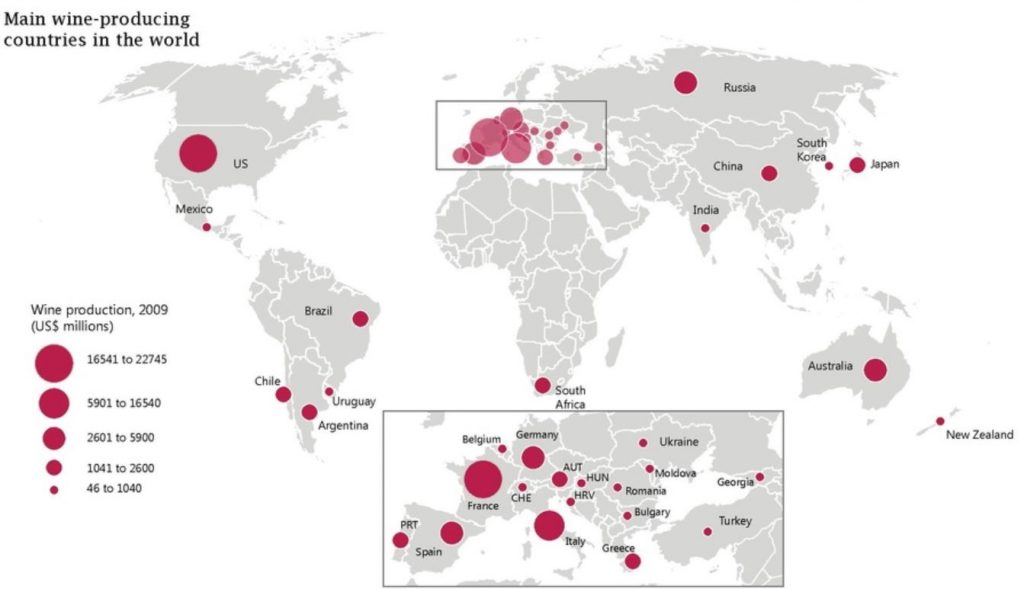 To give you some more up to date information, in 2018 global wine production was 28.2 billion litres. Canada represented approximately 0.3% or 84.6 million litres. New Zealand came in 15th and produced more than 3½ times Canada’s volumes.
In trying to decide how to approach this topic, I initially focused on the top producers. In fact, I thought the top 10 would cover it but that would leave Canada out. Seeming un-Canadian, I changed my approach to include the top 15 and Canada.
Starting with the top producer, we’ll explore Italy which produces an impressive 17.2 % of the world’s wines. There are over 350 Italian wine varieties grown in 20 wine regions. It’s not surprising that a large proportion of the Italian countryside is dedicated to growing grapes. 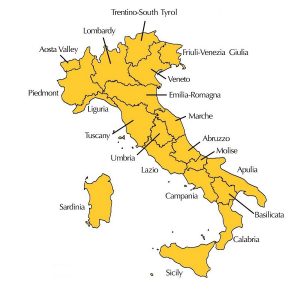 Trying to cover all of these in a single blog would be too much so I’ve decided to focus on the top 7 wine regions of Italy.

The Veneto wine region located in Northeastern Italy is one of the most important Italian wine regions. While not as large as other regions, it’s famous for producing more wine than the rest of the country. This wine region produces many styles of wines from several different grape varieties, the best known being:

Next on our tour are two adjacent regions Marche and Abruzzo which run along the centre of Italy. These two regions are famous for their production of white Verdicchio and red Montepulciano grapes, respectively.
Marche’s winemaking dates back to the Etruscans and Romans, with a highly adaptable terroir perfect for growing grapes. Moore than 25,000 hectares of vineyards produce Trebbiano and Verdicchio grapes. This region is famous for its high-acidity, crisp, green-hued white wines and age-worthy sweet wines. The Sangiovese and Montepulciano grapes grown here produce amazing quality red wines.
Directly to the south is Abruzzo, a region where winemaking has been in full force for over 2,000 years. Native grape varieties such as Trebbiano, Pecorino and Cococciola are planted alongside Chardonnay and Merlot but it is Montepulciano d’Abruzzo that the region is most famous for. A total of 89,000 hectares make up this region.

The renowned Tuscany wine region is a wine-lovers paradise. It’s romantic landscape is a combination of rolling hills, country roads and picturesque villages. This region is one of the most prolific in all of Europe, producing wines of all styles.
Sangiovese grapes flourish in Tuscany. Though it goes by a number of names depending on the sub-region, it’s used in the production of a wide range of Italian wines, including Chianti.

Rivaling Tuscany, the Piedmont wine region is striving to lay claim as Italy’s top wine region. It produces more wines than any other region and is home to some of Italy’s most famous wines and wineries. Here you’ll find Barolo and the delightfully light, sparkling Moscato d’Asti.
Located at foot of the Alps it’s a prime grape-growing region. The region is home to many famous and varied wineries. It’s famous for the Barbera grape which has classic flavours of sour cherries and high acidity. Nebbiolo is another famous grape that is used in the production of 2 of Italy’s finest wines: Barbaresco and Barolo. The Dolcetto grape is used for dry red wines and the sweet sparkling reds made from Brachetto grapes are truly magical.

Lombardy is one of the largest and highly populated Italian wine regions. It only produces two famous wines, both of which are sparkling: Franciacorta and Lambrusco. Located in northern Italy, this landlocked region gets most of its water from 4 massive lakes.
One of the sub-regions in Lombardy is the Lugana region which straddles the line between the Lombardy and Veneto regions. The wines from this sub-region are of particularly high quality, primarily because the massive Lake Garda moderates the temperature of the vineyards that skirt the lake. The region is known for its Soave, Bardolino and Valpolicella wines.

The largest island in the Mediterranean Sea, Sicily has been a part of unified Italy since 1946. It’s the southernmost Italian wine region and for 2,500 years, has been a primary hub of Mediterranean viticulture. Constant sunshine and reliable rainfall has ensured that wine production in Sicily flourishes.
Nero d’Avola became one of Sicily’s most famous wines when the grape was imported to the island last century. The light, herbal Frappato, Grillo and Fiano wines are some of Sicily’s top white varieties. The Syrah grown in Sicily is comparable to that of Southern France, particularly the Rhone Valley. It has a lovely spice aroma and softness on the palate.
Steveston Winemakers carries red and white wines from some of the top Italian wine regions of the world.
I hope you enjoyed this article about wine regions of the world. Please share it by clicking on the share icon on the upper right corner of your screen.
Next month, we’ll explore France.