Wine Regions of the World – France 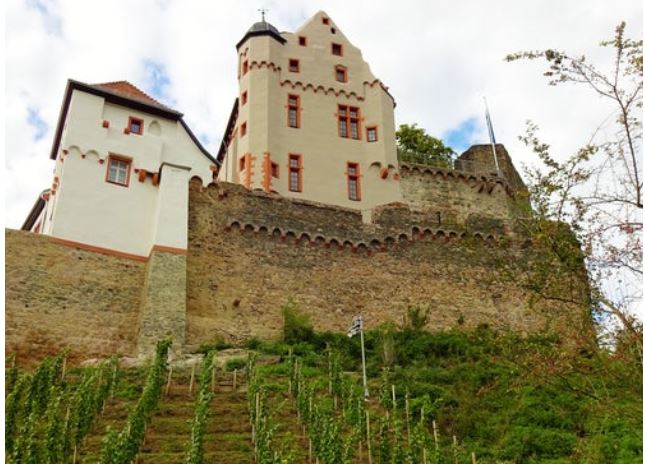 In the second chapter of this blog series, I invite you to join me on a tour of another one of the top producing wine regions of the world – France.

Come with me as we travel from Italy to the second largest wine producer in the world. Weighing in at 16.5%, over 200 French grape varieties are grown in France. France maintains 307 official wine designations called AOP (Appellation d’Origine Protégée). Each designation allows several different types of wine so they will produce reds, rosés, sparkling and white wines. It’s estimated that more than 2900 different wines are produced in France. Open a different wine every night and you can drink your way through France in just under 8 years.

Introducing another one of the top producing wine regions of the world – France.

When you think of France, it’s hard not to think about the world-class wines that the French are famous for. France is one of the oldest wine-producing countries in the world so it’s no surprise that it’s known for some of the best and most expensive wines.

Since there are so many wine-producing regions in France, let’s focus on the most popular ones.

Bordeaux is one of the 3 most famous French wine regions. It’s located in the southwest of France, along the Atlantic Coast. One of the main reasons for its notoriety is its location on the Gironde estuary which makes it easy to export to Britain, Belgium and the Netherlands. Most of the vineyards are concentrated around the city of Bordeaux so the region is aptly named. These vineyards cover over 100 kilometers of land, most of which was once flooded marshland along the Dordogne and Garonne rivers. These are no longer flooded because they were drained by the Dutch in the 17th Century.

The wines of Bordeaux have a deep rich red color, varying from dark ruby to near-black. The wines from grapes grown along the left bank of the Gironne River are predominantly Cabernet Sauvignon blended with Merlot and other grapes. As these wines age, the fruit flavours are replaced by earthier aromas and flavours like tobacco leaf, smoke, leather, tar and truffle.

The wines from grapes grown in the Libournais area on the right bank are primarily Merlot-based so they have heavier fruit scents and flavors like plum, cassis, vanilla and dark cherry. In contrast to the wines from the left bank which are more rigid and structured, they are softer and juicier.

Burgundy is situated in the eastern reaches of the French wine producing area. It ranks in the top 3 most famous wine-producing regions in France. It stretches from Chablis and Auxerre in the north to Mâcon and Beaujolais in the south. The most highly prized wines come from the Cote de Nuits (primarily reds) and Cote de Beaune (primarily whites). Most Burgundy vineyards are situated along a long ridge running north to south through the region known as the ‘Cote d’Or’. The best vineyards are usually located near the top slope because they have maximum exposure to the sun.

Burgundian monks started making wine as far back as the 1300s in this region. The word “burgundian” has been coined as a term to describe an excellent wine region and the high-quality taste of its wines.

The flavors of burgundian wines have a mineral taste of flint, tea leaves or truffles so they are often described as “earthy”.

When you think of “champagne”, you immediately think of quality sparkling white and rosé wines that are perfect for any celebration.  However, in fact, the only “champagne” in the world comes from the French wine region of Champagne – everything else is “sparkling wine”.

In order to be called champagne, sparkling wines must follow the very strict practices all vineyards must adhere to and grapes must be sourced from specific regions in Champagne. These wines are then processed through a second fermentation in order to create carbonation. These rules and restrictions have kept the standards for the product high and made Champagne one of the most prosperous wine making regions.

The high altitude and mild annual temperatures in the region make it a difficult environment for the grapes to grow and ripen properly. The region is also host to some forested areas which help to stabilize temperature and keep the soil moist. The cool temperatures of the region produce grapes perfect for sparkling wines with high acidity.

In the northwest region of France you’ll find the Loire Valley. The Loire Valley only produces a small quantity of top-quality wines despite the vast area that it covers. Famous mainly for its whites and pale reds, the region also makes sparkling, rosé and white wines at all sweetness levels from bone dry to fully sweet dessert wines. The region boasts that it’s the second largest producer of sparkling wine in France (after Champagne).

Two of the grapes from this region have some distinct and desirable characteristics. The Sauvignon Blanc that comes from here is famous for its “green”, herbal flavors. The Chenin Blanc is highly versatile, with flavors ranging from sweet to dry to sparkling.

This region has a long history of winemaking dating as far back as the 1st Century B.C. There are around 185,000 acres covering more than 750 square kilometers.

The continental climate in this region makes it easier for grapes to grow and ripen.

Cognac, like many inventions, was discovered by accident in the 16th century. Wine being exported while travelling down the River Charente was damaged by rain and moisture. In an attempt to salvage some of their cargo, the shippers turned it into a sort of brandy. The word brandy comes from the Dutch word “brandewijn” or “burnt wine”.  It clearly caught on and eventually became the primary production of the Cognac region. Like Champagne, Cognac has dibs on the label cognac so all other burnt wine is called brandy.

Steveston Winemakers carries red and white wines from some of the top French wine regions of the world.

I hope you enjoyed this article in my series about wine regions of the world – France. Please share it by clicking on the share icon on the upper right corner of your screen.