Wine Regions of the World – US 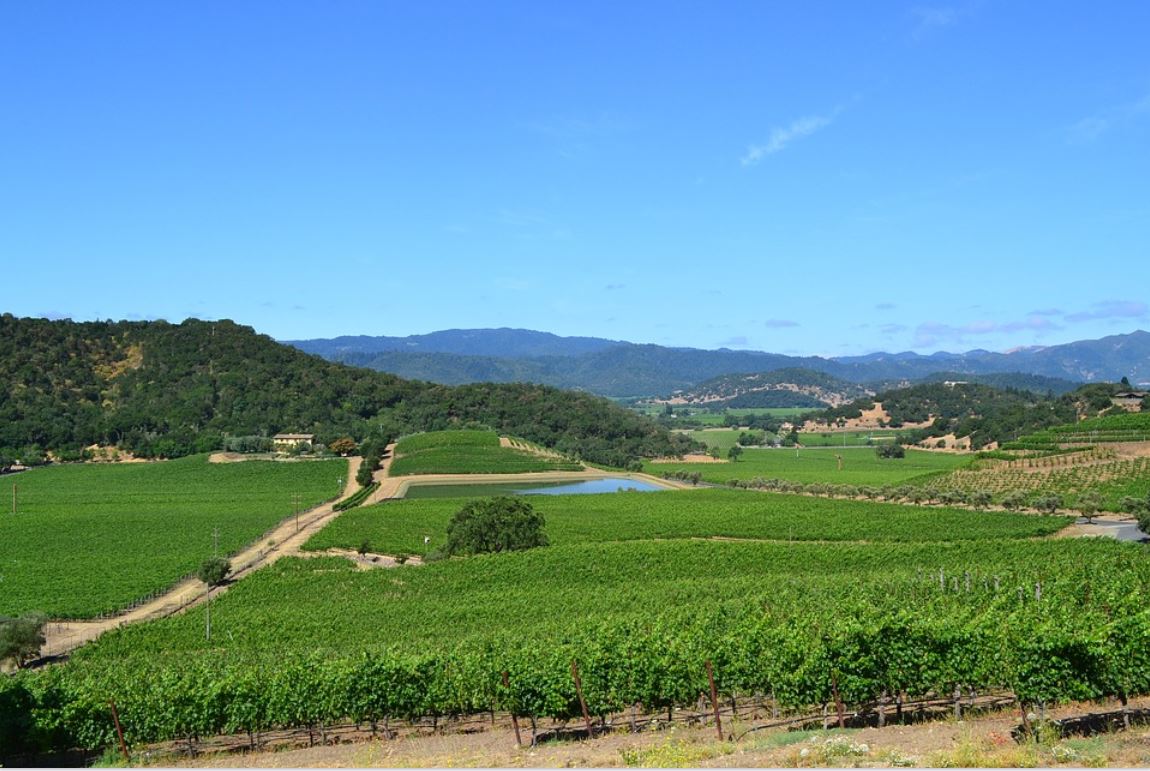 In the fourth chapter of my blog series, I invite you to join me on a tour of the top producing wine regions of the world, next being the United States (US).

When you’re thinking of wine regions in the US, you’ll no doubt recognize the top regions California’s Napa and Sonoma Valleys. Plenty of other wine regions across the US are rapidly growing in reputation and quality. The wines produced are world-class and the US boasts a thriving wine industry with festivals and many other tourist-focused businesses. Let’s take a look at the 10 top producing regions in the US.

There are more than 4,000 wineries in this region. Napa and Sonoma have been used as models of success that every other region is trying to emulate. Napa is known for world class Chardonnay, Merlot and Cabernet Sauvignon. Sonoma’s fame stems from Pinot Noir, Cabernet Sauvignon and Chardonnay. The Central Coast region has been most successful following the Napa model and now boasts a some fabulous award-winning wineries. A tour through the Paso Robles districts between San Francisco and Los Angeles is a must.

There are just less than 800 wineries in Washington State scattered around 14 different American Viticultural Areas (AVAs). Columbia and Walla Walla Valleys are the most popular. Wine production has increased since the 1960’s when wine production capabilities were increased and their export market expanded to cover more than 40 countries. Washington is second in wine production next to California showcasing Riesling, Chardonnay, Merlot and Syrah. New pruning techniques are being used to deal with the cooler northern climate which is resulting in increased production.

With virtually the same number of wineries as Washington State, Oregon maintains a much cooler climate than any of the California regions. It’s the perfect environment to grow Pinot Noir, Riesling, Chardonnay and Gamay. The most popular region is Willamette Valley, with a worldwide reputation for its Pinot Noir wines. Interesting to know the latitude is the same as France’s famous Burgundy region which is also famous for its Pinot Noir.

Just under 400 wineries, primarily split between the two most popular regions, North Fork of Long Island (about 300) and Finger Lakes in upstate New York (about 100). The famous Hamptons share the same part of Long Island as North Fork. The summer brings many vacationers to this area. Further upstate the home of east coast wine making is located in the Finger Lakes region. If you’re in the area you can visit the winery of Dr. Konstation Frank who introduced Riesling and Gewürztraminer to the region.

Around 275 wineries in Virginia enjoy an average 200 day growing season. The most famous wine region surrounds the historic town of Charlottesville, best known as the home of Thomas Jefferson. Winegrowing has been a part of Virginia’s tradition since the Colonial era. Virginia boasts being the home of the premier wineries such as Baroboursville Vineyards and Linden Vinyards. Virginia’s native grape, Norton was named the “best red wine of all nations” at the Vienna World’s Fair of 1873. Nortons are deeply colored, age-worthy wines with rich, fruity aromas and flavors. Also found in the state of Virginia are Petit Verdot, Petit Manseng and Viognier grapes.

There are just over 300 wineries in the state where everything is bigger. Keeping with that theme, the second largest wine region in the nation is 9 million acres. It’s known as Texas Hill Country, generally used to refer to all land in the wine growing region north of San Antonio and west of Austin. Tempranillo, Syrah, Albariño, Cabernet Sauvignon and Zinfandel all love the dry sunny climate.

With just over 100 wineries and 5 (AVAa), the Pennsylvania region stretches from Lake Erie in the north and the Atlantic Ocean in the east. The most famous winery of the region is Waltz Vineyards. Pennsylvania’s climate – hot summers and cold winters – is more like Europe than California or Australia and presents an ideal terroir for emerging French-American hybrid grapes and traditional varietals originating in the Mediterranean.

There are approximately 100 wineries within Ohio. From 1823 to the mid-1860s, Ohio was home to one of the most successful wine industries in the U.S., particularly famous for its plantings of the Catawba grape. The Prohibition Era affected Ohio’s wine industry that was already on a downward trajectory and it’s never fully recovered. It now ranks 9th in wine production in the U.S. Markko Vineyard remains a must see to if you are in the area.

There are just under 200 wineries in Michigan state. The scenic Lake Michigan Shore is home to a winegrowing region that has been labelled the “Napa of the Midwest.” The moderate climate of the region is directly related to the lake effect which helps to produce exceptionally complex wines. The state’s colder climate allows grapes such as the Austrian Blaufrankisch grape to thrive in Michigan.

There are approximately 150 wineries in Missouri. The most famous region, the Missouri Rhineland was first settled by German immigrants more than a century ago. By the 1880s, Missouri was the No. 1 wine-growing region in the nation, the Napa Valley of its day. Today, the state boasts 4 different AVAs, and even a “state grape” (the Norton grape).

Steveston Winemakers carries red and white wines from some of the top US wine regions of the world.

I hope you enjoyed this article in my series about wine regions of the world – US. Please share it by clicking on the share icon on the upper right corner of your screen.