Wine Regions of the World – Chile 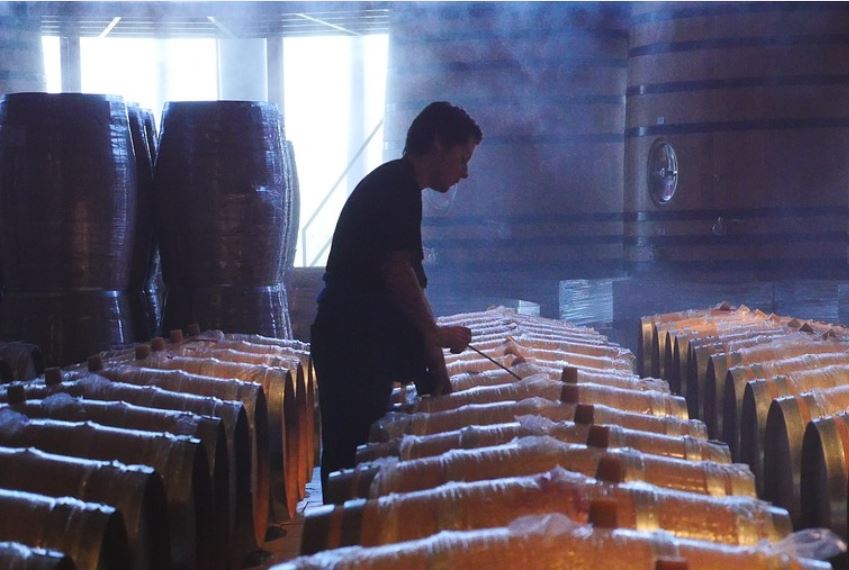 Off we go departing Argentina to the next stop on our adventure to learn about wine regions of the world by visiting Chile.

You’re probably already enjoying some amazingly affordable gems based on familiar grape varietals from Chile. Read on so you can learn more about the Chilean wine regions and their characteristics. You’re sure to discover many more gems.

Granite from Chile and Hermitage in France is about the same age and color and also has the same fractures. However, Syrahs from Chile and the northern Rhône are very different because the climate is not the same and there are other differences. Hermitage granite is very similar to Apalta’s in the Colchagua Valley. The soils and climate along California’s Sonoma Coast are very similar to those in Chile’s Leyda Valley.

We’ll visit the four most prominent wine regions in Chile, focusing on grape varietals that thrive in each climate and terroir. Come with me so we can discover some new Chilean wine ideas on this adventure through the country.

On our first stop, we’ll travel south from Santiago for about 100 miles. From the Andes foothills to the Pacific Ocean, the Colchagua Valley’s terroir is influenced by a warm, breezy, dry climate. We’ll find hot spots on the valley floor and cooler pockets in the hillsides. Vineyards are planted throughout the valley with altitudes ranging from 198 to 945 metres above sea level. This is where we’ll discover the soils are composed of granite, volcanic clay and schist rock.

Warm-weather red varieties thrive here in what is often called the Napa Valley of Chile. Cabernet Sauvignon, Carmenère, Syrah, and also some Malbec, Merlot and Petit Verdot are part of the mix. It’s cooler and windier closer to the Pacific so many wineries are producing Syrah and a few, Sauvignon Blanc. We’ll learn that wines from this cooler zone are reputed to have a stronger acidity.

Located on the north side of the Valley near the village of Cunaco, Colchagua’s Apalta subzone is gaining global recognition.

Come with me to our second stop in the Maipo Valley. Vines here date back to the 16th century Spanish conquistadors, making it Chile’s most historic region. It wasn’t until the 19th century, when Bordeaux grape varieties were first imported to Chile from France, that the modern Maipo Valley started to be noticed.

Maipo is divided into three parts. Alto Maipo, Entre Cordilleras (between the mountains) and Coastal Maipo where the Maipo river enters the ocean.

We’ll find world-class wines in Alto Maipo, most notably Cabernet Sauvignon. The fresh and dry Andean climate brings a natural high acidity to the wines. The best soils are those with alluvial gravel from the Andes range.

Famous primarily for Cabernet Sauvignon and Merlot, in the Maipo Valley we’ll taste some of Chile’s best Cabernet-based wines.

As we travel to our third stop we’ll visit the largest region in term of acreage. The Maule Valley is at the southernmost tip of Chile. By far the warmest of Chile’s wine regions, it’s marginally influenced by the mountain regions and the ocean. In this region we’ll find large quantities of entry level wines like the bargains you find in your wine store.

The Maule Valley terroir is inspiring some Old World viticulture in the New World. We’ll find great collections of País (AKA the Mission grape), Cabernet Franc, Carignan, Cinsault and Malbec. Many vines have been planted here for more than 100 years, all relying on natural irrigation.

While Chilean wine production generally focuses on quantity, we’ll notice a focus on quality in wines produced here. In this extreme terroir, the grapes do what they do best, struggle for survival and produce excellent fruit.

Cabernet Sauvignon, Merlot and Sauvignon Blanc are most prominent in this region.

Finally, on our last stop, we’re travelling west to the Casablanca Valley, an often foggy landscape that stretches from Santiago to the Pacific. It’s the new kid on the block because the first vines were planted here in the early 1980’s. Vines rely on water being pumped up from deep ground water wells. Salty air and the cool breezes round out this cool-climate environment.

In addition to its world-class terroir, proximity to the ocean has a significant impact. The fog cuts down on the number of solar hours which means an extended period for the fruit to ripen. Temperatures in the valley range from highs of around 25 degrees Celsius to overnight lows around 5 degrees. Therefore, the acidity level is naturally maintained right up until harvest.

White grape varietals, Sauvignon Blanc and Chardonnay, and also cool-climate red grape varietals, Syrah and Pinot Noir headline here. As we taste wines from these varietals we’ll notice they all highlight fresh fruits similar to those made from grapes grown in other coastal regions.

The soil is red volcanic clay on a granite base which is up to a million years old. Because of its age, the granite is very porous which allows the roots of the vines to travel down the fissures. This results in high minerality which transfers directly to the wine.

Steveston Winemakers carries red and white wines from some of the top Chilean wine regions of the world.

I hope you enjoyed visiting more wine regions of the world in Chile. Please share this blog by clicking on the share icon on the upper right corner of your screen.

Next month, we’ll fly to the next in line of top producing wine regions of the world – Australia.